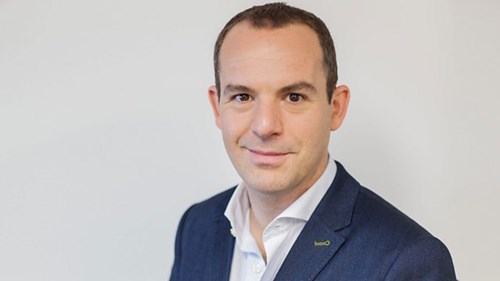 Support Through Court, a charity supporting people going through civil or family court without representation, is delighted to receive a substantial donation from Money Saving Expert Martin Lewis. This donation will allow one of the charity’s services to continue whilst it faces uncertainty around the future of government funding.

The charity, which provides practical and emotional support for people who can’t afford a lawyer or access legal aid, operates across sixteen courts and via a National Helpline. Lewis will be funding the charity’s London-based Central Family Court service. Last year, the charity carried out over 3000 appointments* with clients at the CFC. For the families facing court here, the stress of divorce or battles over child arrangements are often overwhelming, especially when additional stresses such as domestic abuse, poor physical and mental health and poverty create further barriers to accessing justice.

The charity’s CEO, Eileen Pereira, says, ‘Martin Lewis has long been a supporter of our charity and we’re enormously thankful for all that he does to support people going through court. Whilst we face the uncertainty of government cuts, this donation is a real lifeline for us, as well as for those desperate to get a fair hearing.

Rising costs of living are certainly exacerbating the problem, which Martin Lewis appreciates with all that he’s doing to champion people feeling the pinch. Being summoned to court can happen to anyone at any moment, and government cuts to legal aid mean that, more and more, people are forced to represent themselves. Martin’s support will make a world of difference to the people we encounter day in, day out.’

Campaigning journalist and philanthropist Martin Lewis comments, ‘A justice system requires all people, regardless of means, to have access to the courts. The first cut to justice was the mainstream removal of legal aid in issues of divorce and child arrangements, now even the funding for volunteers is under threat. Even though their legal hand holding, especially of the vulnerable, through complex, emotionally disruptive issues, is crucial. Frankly, I shouldn’t be making this donation. This is not the type of thing private individuals should fund. It’s the state’s responsibility.’

‘Yet amid a cost of living crisis and a government on hold, I’m putting pragmatics over principles. Thankfully universities are working with the charity in many areas of the country, but the Central Family Court doesn’t have the same support, which is why I chose to focus emergency funding there, also helping the charity fill the burden elsewhere too. I hope a donation like this will never be needed again.’

About Support Through Court:

Every year, thousands of people in the UK face court alone. Without help, they have to represent themselves while they go through a divorce, seek custody of their children, defend or put forward a personal injury claim or face eviction from their home. They are forced to navigate a complex legal system alone, often against the professional legal representation of the other party. The increase in cuts to legal aid over recent years has meant that thousands more people face the civil or family courts alone. Their access to justice is limited by how overwhelming the legal system can be to those who have never faced it before, and many struggle to represent themselves effectively in court.

We exist to reduce the disadvantage of people facing the civil or family justice system without a lawyer. Going through court can be incredibly complex and bewildering. We provide practical and emotional support to people facing court alone, empowering people who feel that they have nowhere else to turn. An award-winning charity with 500 dedicated volunteers, we operate from 17 courts across England and Wales. Despite the growing need for our work, we remain the only organisation providing this service.

Donate to our urgent appeal to keep the doors to justice open. 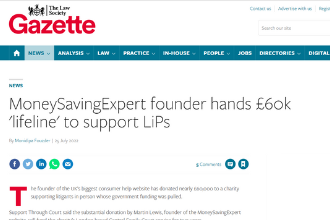