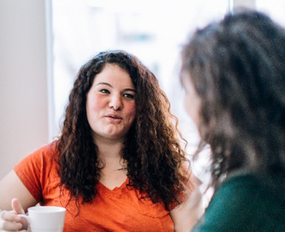 Sylvia, a 33-year-old single mother and part-time Catering Assistant, came to Support Through Court in a state of confusion and distress. Her initial words to staff were incoherent and muddled. However, our volunteer quickly calmed her nerves and, over a cup of tea, she went on to explain that she had been served with an eviction notice despite paying her rent. With no alternative living arrangements, Sylvia and her eight-year-old daughter now faced the distinct possibility of being made homeless.

As Sylvia and the volunteer discussed the case further, it transpired that her landlord had large mortgage arrears and the property she was renting was due to be repossessed. Having heard her concerns, our volunteer explained her options and supported Sylvia in making an emergency appointment with a court officer, which resulted in an urgent same-day court hearing.  During the hearing, Sylvia requested that a Support Through Court volunteer sit by her side to provide moral support and help her navigate court proceedings. When Sylvia addressed the judge, she spoke with clarity, self-confidence, and dignity.

As a result of the hearing, Sylvia was granted an extension by the judge, allowing her more time to find alternative arrangements. Sylvia told us she was very grateful for the help she had from Support Through Court, without which she would not have been able to cope - her situation would have spiraled out of control, resulting in her family becoming homeless. 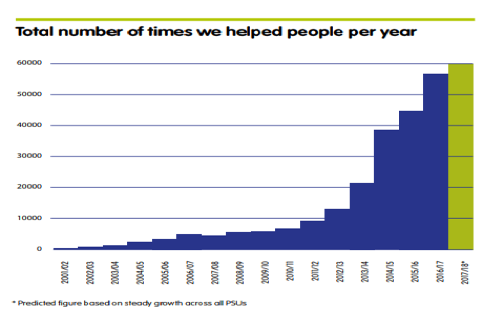